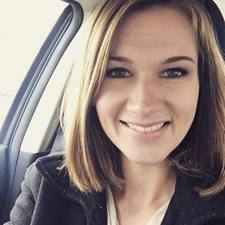 ​Amy Anderson is a Delaware native who grew up in the Newark area and graduated from Red Lion Christian Academy in 2006.  Mrs. Anderson earned her Bachelor of Music degree in Music Education from the University of Delaware in 2010 and her Master of Education degree in Applied Technology from Wilmington University in 2014.  Through her experience as a choral singer at the University of Delaware, Mrs. Anderson had the opportunity to sing in China (2009), in Spain (2010), and in France (2015).

Although this is her third year of teaching at Caravel Academy, Mrs. Anderson is in her eleventh year of teaching in a school setting. Prior to her current role as director of Elite Ensemble and Women’s Ensemble, Mrs. Anderson taught choirs and music technology classes at Mount Pleasant High School in Wilmington, Delaware, for four years, and she taught choir, general music, and piano at Talley Middle School in Wilmington, Delaware, for four years.  Mrs. Anderson is an active member of DMEA, where she has served as the Senior All-State Choir Co-Chair and has presented on ways to use technology in the music classroom.  She is also an active member of Delaware ACDA, an organization which has allowed her to present at a high school repertoire reading session. Mrs. Anderson is also very active in the music ministry at her church.

Mrs. Anderson currently lives with her husband, her son, and her cat in Bear, Delaware.  She enjoys spending time with her family, playing the piano, running, baking, and trying new restaurants.